PVFA coaches are trained, certified, are bound by the USFCA Code of Ethics and Safesport rules, and do not tolerate abuse or mistreatment of our students.  We believe that we offer a safe environment for our students that is free from all forms of harassment and discrimination, and the trust we have gained from them and their parents reinforces that belief. 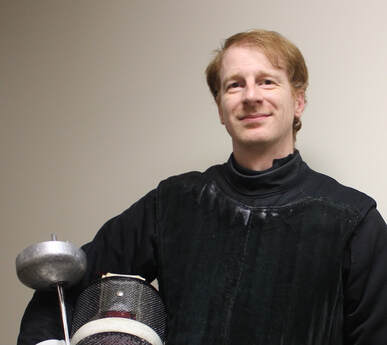 One of only four certified Fencing Masters* in all of New England, Coach Sise trains both fencers and coaches. Paul teaches beginner through advanced classes and individual lessons in foil, epee, and saber. His students range from recreational fencers to many A-Rated fencers, college fencing scholarship recipients, and national and international medalists. Several of his students have also earned coaching and refereeing certifications.  He is the author of A Basic Foil Companion and A Basic Fencing Companion which are published by SKA Swordplay Press , and "Height Differences in Epee Fencing and Strategies for the Shorter Fencer"  ﻿﻿﻿which was his thesis for Fencing Master certification.  He and Coach Ferullo co-authored the essay "Coaching Fencers with Learning Disabilities" which was published in the Winter 2006 edition of "The Swordmaster" magazine. From 2011 to 2020 he was a member of the Certification and Accreditation Board (CAB) of the United States Fencing Coaches Association and served as the board's Chairman for two years.  Paul was also a member of the USFCA's 2017 and 2019 Coaches Academy staff.  For those interested in becoming fencing coaches, or improving their current skills,  Paul offers coaching clinics in the New England area along with John Krauss of the Down East School of Fencing.

*The others being John Krauss, Bill Shipman, and Michael Marx. 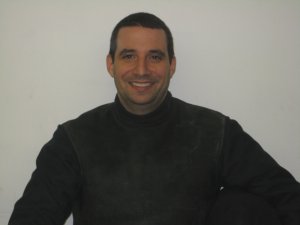 Robert "RJ" Ferullo teaches the saber class and is available for saber lessons on Tuesday nights. He is the Head Coach of UMass Fencing  and was the head coach for the Northampton High Fencing Team for over a dozen years.  He co-authored the essay "Coaching Fencers with Learning Disabilities " which was published in the Winter 2006 edition of "The Swordmaster" magazine. Ken has a Ph.D in medieval history and he teaches the Historical Fencing classes at PVFA. He has over twenty years of experience in fencing and other Western martial arts and has studied both in the US and in Europe. He also holds a second-degree black belt in karate, is an accomplished equestrian, and enjoys jousting. His translation of Camillo Agrippa’s Fencing: A Renaissance Treatise is available through Italica Press. His book, The Art of the Two-Handed Sword, is available from SKA Swordplay Press. 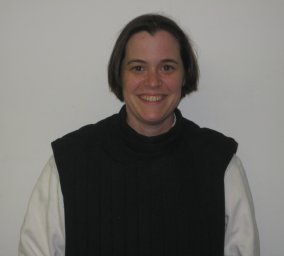 Kelly teaches the Saturday Youth Class as well as individual foil and epee lessons. She is also associated with Rainbow Rescues Inc, a volunteer run animal foster care and placement program.
Assistant Coaches
We have many Assistant Coaches to help keep the club running efficiently and to help keep everyone safe and having fun while they learn.  Our teenage fencers have the option to earn USFCA coaching certification through our Assistant Moniteur program by helping to teach our Youth fencing class. 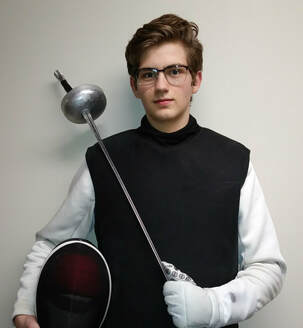 Seth is a  B20 rated epee fencer. He is a member of PVFA and the UMass Amherst Fencing Team where he is studying mechanical engineering.  He was also the founder and assistant coach of the fencing club at Monument Mountain Regional High School.

Seth's busy schedule prevents him from being at PVFA as often as he'd like, but he still fences (usually on Wednesday epee night)  and helps out when he can. 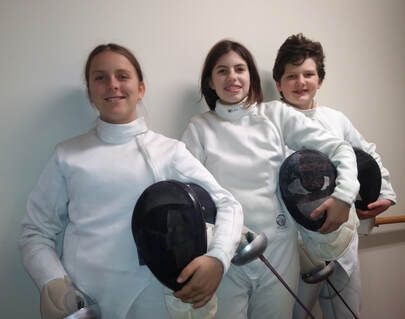 As of the fall of 2019, our latest additions to our coaching team are Ajika, Zoe, and Sean.  They help with the Saturday Youth class.